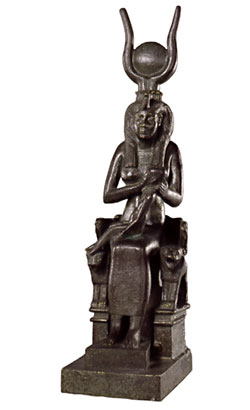 Well.  We are living in a different world since my last post about three years ago. So I have decided to resurrect my blog, because there is a lot I want to say about our situation as we begin our journey down the dark path of the present pandemic.  My use of the word begin was deliberate. More at the end about where I think we can end.

I am appalled by two things.  One is our governments impotence, lack of alacrity, and  amateurish approach to a crisis that is turned into what looks like the new normal.  The other is, of course, closely connected. It  is our worship of money which has spawned what I call viral capitalism.

Viral capitalism is when a useful tool turns into an end into itself. Viral capitalism has reached it’s most obscene and dangerous stage. Viral capitalism spreads, and kills or sickens its hosts.  Just as our current systems kills and sickens the majority of the American people.  Virus are opportunistic parasites.  Why do we lack universal health care, why does about one percent of the population in America control around forty percent of our wealth ? These are the people who make the deals, who see that the rules are written in their favor.  These are our high priest, gurus, and false prophets of finance and commerce. These are the people that control and manipulate our democracy, and it has to stop. Even our elected officials are in on the gravy train.

Power is of course the ability to have your own way even if it means a system that caters to the elite.  Money and politics is an intoxicating potion.  According to CBS News, and this was in 2012, “while just 1 percent of Americans are millionaires, 66 percent of senators are millionaires, as are 41 percent of House members.”  There is nothing wrong with being a millionaire, but what does a millionaire have to do with MY life, and the life I lead. Not much. It doesn’t matter if they started out poor, because money changes a persons view of the world.

During the current crisis too much emphasis has been placed on businesses.  Of courses businesses are crucial. Of courses businesses are important, and money is too. It is no sin to be rich, but it is a sin to manipulate and warp the system to the advantage of such a few.  And what about people?  Money is only a tool, and it is people that matter although many industries are working as hard as they can to replace people with robotics or artificial intelligence. Our sin is that as a society we have bowed to materialism, and worship the false good of money.

Viral capitalism has robbed us of a system that could not only have acted more efficiently with a pandemic, it could have even prevented it or mitigated it’s damage. This was something Bill Gates saw FIVE years ago.  Just watch the TedTalk! But, we had better things to do. Like spend trillions on a wasted effort in Afghanistan and Iraq.  Like give tax breaks to corporations and rich people.  Wake up America.  I posit that the current system is an antithesis to the ethos of Judaism, Christianity, and Islam.  So why aren’t more believers speaking out against it?  Why has, for example, evangelical Christianity had such a love affair with Trump?!

Then there is the Lt. Governor of Texas who is literally willing to give up his life as a sacrifice to capitalism.  Only a befuddled fool would say something like that. I am a grandparent and I say to hell with the economy and up with people. If people are freed from their burdensome debts and treated like the humans they are I think the economy will do just fine thank you. There is really not much more I need to say about that.

So here we are. The B team is on the floor, against a wily and insidious opponent. An opponent that we knew was coming, and yet we did nothing.  Now we think it will be over by Easter and we can all hold hands and, with tears in our eyes, thank our president for delivering us from evil. Even though it isn’t true, if we believe it is true then it is. Isn’t it? I saw it on Facebook.

However there is hope. I see the signs of it.  There is hope that this teaches us a lesson about what is really important. How  about it?  Let’s make America great again.  See you at the polls.

Poet, teacher, and writer. I commute by bike to work, the kind you pedal, and love to go backpacking and bikepacking. Section hiking the Appalachian Trail. View all posts by Michael Ray Perkins